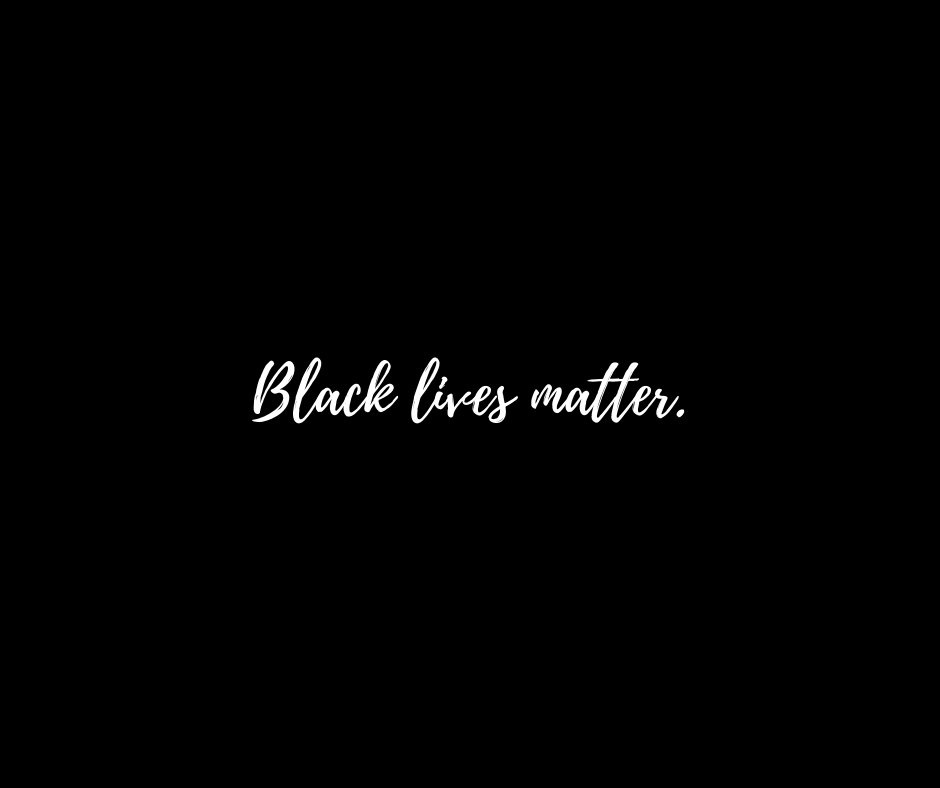 Thoughts create our feelings, which drive our actions, which create our results.

The only measure of a thought is whether it works, whether it moves us toward or away from a result we want.

The brain feeds us thoughts based on biology and socialization and practice, and we have the option to evaluate whether or not they work — the option to keep the default or think on purpose.

My automatic thought is I’m not racist.

I was raised to think of all people as people, explicitly taught that humans deserved equal rights, equal access and that we should fight for that equality. I grew up hearing about how antisemitism and sexism had played out in the lives of my family members and others I loved, and I considered understanding oppression + it’s cost part of my identity. I grew up believing that racists were over there — the white supremacists, the stuck-in-another-era grandparents. How could I possibly be racist? my brain asks.

The result I want is to do my part to build an anti-racist society — specifically, to end the systems + policies of oppression that cause Black Americans to die + suffer (while others benefit).

When I investigate + see the results, I’m not racist is a terrible thought, because it moves me farther away from, rather than toward, what I want.

Action: Don’t seek or learn because I believe I already know. See other people as the problem, blame them for racism.

Result: I stay exactly as racist as I am.

Action: Try to provide evidence, prove myself an ally.

Action: Don’t look at my own thoughts, beliefs + actions, don’t reflect, investigate, or deepen my understanding.

Result: I’m not aware of my own racism.

No matter what, thinking I’m not racist drives a closed emotion — one that doesn’t lead me to explore, learn, or listen. No matter how I look, it produces a terrible result.

I get a closed mind rather than a curious one. I get arrogance, rather than vulnerability or true confidence.

It leaves me closed to the idea that I might be part of the problem.

And it’s a problem I want to solve, so keeping that thought is self-sabotage.

It doesn’t serve me.

And the fact that it doesn’t serve me is the absolute most important thing.

Because to end racism, to build a culture that is anti-racist, each one of us has to take personal responsibility. We have to look at ourselves, not be afraid to find things we don’t like, and not be afraid to work on what we find.

The more rapid the change, the more uncomfortable we will be.

The more willing to be uncomfortable we are, the more quickly we can change.

The human brain is designed for bias. It seeks out different because different might mean danger. Humans are bias factories.

US policies + business practices have disadvantaged Black people for several hundred years. This means that our entire society is built on racist policy. People who grow up in a racist society internalize racist beliefs. Period.

As a white American, I am racist.

My first emotional reaction to this thought is shame. Then humiliation. Then guilt.

Processing these feelings feels terrible. But it’s nothing compared to being systematically oppressed since birth, or fearing for my life just going about my business. I’ve sat safely at my table processing my horrible feelings. What a damn privilege.

After allowing these feelings + working through them (for now—they will continue to come back as long as I explore my own racism), what I found is that I am racist is a much more useful thought, and it serves both me and my vision.

Result: I can do something about my own racism.

A few years ago, I had the great fortune to lead an Inclusion + Diversity initiative alongside some of my colleagues at Galileo.*

I remember thinking at the time that I was working on the initiative to help others — to help the company uncover unconscious bias, help my colleagues understand inclusion + why diversity would make us a stronger team and better company.

Now I see that was arrogance. Thinking I could teach something when I hadn’t done my own work.

In just the first 3 months, I learned more about what I didn’t know than I could have imagined.

I learned that I didn’t see what was happening to my fellow human beings and that I was living in a system that benefitted me in myriad ways and was designed to keep me blissfully ignorant of how it disadvantaged others.

I learned that the history I had been taught was written by those in power. I thought I’d already known that. I didn’t.

I’m racist. I am not, and will never be, fully woke. There will always be far more that I don’t know.

As long as we live in fear of our own bias + specifically our own racism — as long as we aren’t willing to look, we can’t solve anything.

If you are a white person who wants to do your work, if you want to be an ally, I invite you to look at these thoughts for yourself. How does thinking that you’re not racist make you feel? What action does it drive? What result do you get?

Are you willing to consider the alternative if it moves us in the right direction?

Are you willing to own your racism + all the discomfort that comes with doing so if it means Black people stop dying, or that the kids who will grow up to lead the world are anti-racist, or that you live in line with the world you want to build?

I think you are.

Let me know how I can help.

*One of my co-leads on the Inclusion + Diversity initiative was the incomparable Viva Asmelash. Most of what I know about Inclusion + Diversity, I’ve learned since meeting her. Half I learned directly from her. She inspired me to learn the other half. She consults and teaches on diversity + inclusion, and if your company wants to start having conversations that matter, get in touch with her.

Your life is yours. It is your dreams, your choices, your actions, your decisions. Yours to create. Yours to live. If you’d like to feel that, know it, and live it, schedule a consultation, and let’s get you into the CEO chair of your existence.

And, if you want a no-bullshit cheerleader (coach) AND want to support a Black woman entrepreneur, life coach + social media magic creator Simone Seol compiled a list of Black life coaches. Hire one.

There will always be a reason not to go after what

I love my job. It's such a fun thing to say. It