And there’s also a set of beliefs that drives every company. And these beliefs have much, much more influence over its success than any written manual. You can find them by asking employees to describe their company culture or operations, or their day-to-day experience at their job (maybe after a little truth serum in some cases).

The beliefs that make up the invisible manual are how people describe what it’s like to work someplace, statements about how things have historically been done, or representations of the message people have gotten about what’s truly valued within an organization. They aren’t necessarily true, they’re just practiced.

We are so supportive of one another.

Meetings are unavoidable, so it’s best to just get used to them.

We’re all responsible for our success.

Let’s brainstorm and get as many ideas as possible before we move forward.

Everyone should have a say.

We never have enough time/money.

We have so much fun.

Some of these beliefs are effective — they drive individuals and teams forward, they help the company grow or serve more people or break into new territory. They move the work of an organization ahead, beyond, above.

Some aren’t effective — they keep the organization or the people that work within it stagnant, within their comfort zones, complacent, unengaged, or worse.

Evaluating effectiveness isn’t about whether the belief is “positive.” It’s about what long-term well-being it serves.

For example, “we’re like a family,” might be “happy,” but there are a lot of companies for whom that belief is detrimental in the long run. Or in contrast, “we’re all responsible for our success,” might create short-term pressure for some people, but in the long-term, will help them push themselves to grow and ultimately, will benefit both their sense of self and the company’s success.

You can think of these beliefs as the real values driving a company, which may or may not match a company’s stated values. Over time, these beliefs can lead to an unquestioned status quo. They become truth, which is impossible to refute, instead of optional ways of thinking.

Which is great if we’re achieving our goals, feeling engaged in our work, and looking toward a future that is bigger than our past.

But if that’s not the case . . . ineffective organizational beliefs are worth investigating.

This is the point at which we could talk about dismantling these beliefs and re-scaffolding them at an organizational level. We could talk about the cause of the dissonance between perceived and stated values. But those are future posts, and not what I want to talk about today.

Today I want to talk about you — the individual.

We sometimes let our organization’s default belief manual take up a huge amount of space + weight in our minds — we give it a position of power in our thinking. We think of something we’d like to change as “holding us back” or “a huge problem.” We believe that in order to change something, we have to change the whole thing, kit + kaboodle, whole hog, soup to nuts. And that leaves us feeling powerless and exhausted before we even start.

But none of that is true.

Our brains think change has to be all or nothing, all at once. But that’s a perfectionist fantasy that will keep us paralyzed in inaction.

It seems like everyone believes the manual. Trying something else makes us a potential outsider, that weird lady with the strict meeting rules.

But I think knowing that these false weights are at play gives us so much power.

Because if you think about it, of course you’d rather just try an experiment with your team and see how it goes than continue to feel like there’s no way to fix something.

Of course you want to be an example of a new or different possibility, especially if it works, but even if it’s just a good start that needs further improvement.

And of course you’d rather be the 6-times-more-productive person who insists on 25-minute meetings. Of course you would.

Experimentation, consistent improvement, and progress over perfect are exactly what drive change.

One person can do all of those things in the span of 10 minutes.

I work with clients on this theme so often. They describe the optimism they felt when they first started their current role or their career, and want that sense of possibility back. They just feel trapped by certain parts of ‘the way things are.’

But unless you’re in a literal cage, there’s no such thing as trapped. Trapped is a construct of your thinking, and it takes away all of your agency.

What’s happened with my clients is that over time, they’ve taken on the ineffective beliefs of their organizations. And as a result, feel disempowered . . . because they’re thinking disempowering thoughts.

The transformation comes when they realize they can question anything and think differently.

For example, I have a client who had a conversation with one of her employees on the calendar, and in discussing it, we realized that she had taken on as true a couple of her organization’s ineffective beliefs. 1) Employee issue = problem. And 2) We nip problems in the bud.

Turns out neither of these worked for her. When she realized that she didn’t have to think of this conversation as a problem, but rather a way to support her team, everything changed. She designed the conversation the way she wanted, and enjoyed the whole thing, from planning all the way through follow up.

All on her own. Without anyone’s permission.

Do you see a belief that doesn’t serve you, your team, or your company?

Do one thing to test a different theory. Who knows what you’ll start?

Learn how to take control of your time, design your life for impact, and remove all the busy + chatter. Register for my free class, Design Your Day for Done. You’ll learn . . .

+/or Speak directly to me by scheduling a consultation. You’ll get immediate insight from an expert coach, and I’ll tell you how we can work together.

JOIN MY FREE 'DESIGN YOUR DAY FOR DONE' MASTERCLASS 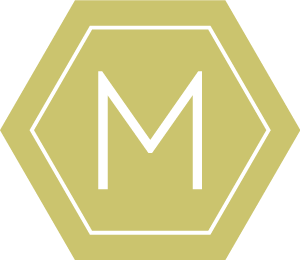 Book a ConsultationCHOOSE A TIME + TELL ME HOW TO REACH YOU
Get StartedTell me a bit more about your company, and I'll reach out ASAP!